Please click the transportation icons above to interact with the map. 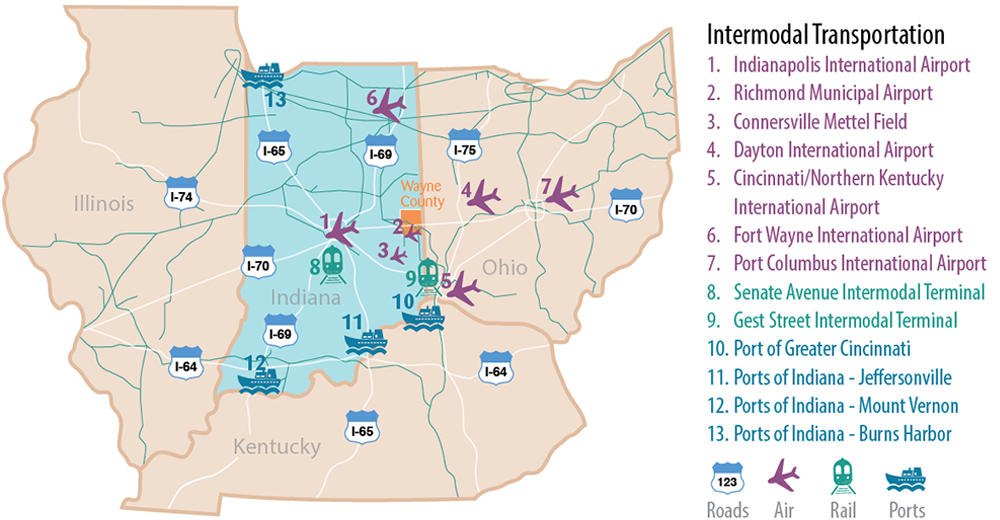 Indiana ranks first in some important categories when it comes to trucking and highways…first in the number of pass-through interstates in the nation….first in the shortest distance to the median center of U.S. population. The state ranks in the top ten for the number of trucking establishments located within its borders. Trucks annually haul more than 5.7 billion tons of cargo for Indiana, including a high volume of NAFTA trade.

With Wayne County’s access to intermodal facilities, air, and water ports you can truck your product to anywhere in the world. We’re located in East Central Indiana directly on Interstate 70. Forty miles to the east in Ohio is access to Interstate 75. Within seventy miles to the west is access to Interstates 65, 69, 74, and 465. U.S. 40, 27 and 35 all pass directly through Wayne County as well as state highways 1, 38, and 227. Lying just outside the Western Ohio border, Wayne County is also in close proximity to Ohio 177.