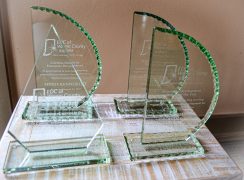 President, Valerie Shaffer provided an overview of the EDC’s participation in programs providing financial assistance to the county’s small businesses during the height of the COVID-19 pandemic. Three programs were developed from funds provided by Wayne County Government; the City of Richmond; the Wayne County Economic Development Revolving Loan Fund; the EDC of Wayne County; and the Economic Growth Group (EGG). With additional grant funding provided by the Indiana Office of Community and Rural Affairs (OCRA), Wayne County businesses received $1,120,557 in financial assistance in the form of loans, grants, and subsidies. As a result of their financial participation in providing assistance to the small businesses of Wayne County, EGG was recognized with an Economic Development Partnership Award.

Mindy Kenworthy was recognized with a Lifetime Partner in Economic Development Award for her 23-year career in economic development and the support she has provided to Wayne County. Mindy will be retiring at the end of September, 2021.

Roger Golden was recognized for his contribution as a member of the EDC Board of Directors. Golden was appointed by the Wayne County Commissioners and served a three-year term from 2018 to 2020.

Phillips Tube Group received a New Investment Award presented by Richmond Mayor Dave Snow for locating a plant in Wayne County. The company invested $8.2 million, created 30 full-time jobs, and has already been a large contributor to the Wayne County economy.

To read more about the EDC’s activities in 2020 check out our annual report. 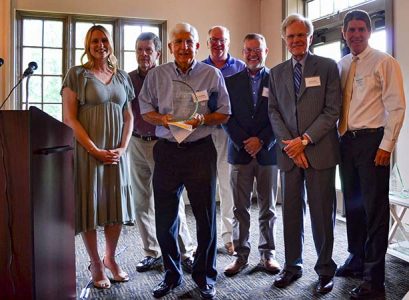 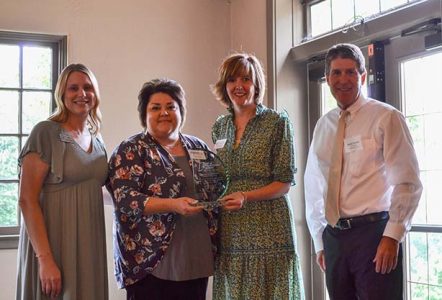 Forward Wayne County recognized for their support of the development of Wayne County’s economic development strategic plan and for playing a strong role in the East Central Indiana Region’s efforts to be designated as a 21st Century Talent Region by the State of Indiana.
Left to Right – Valerie Shaffer, EDC President, Acacia St. John, Forward Wayne County Program Officer; Rebecca Gillam, Executive Director of the Wayne County Foundation; Randy Templin, Chair of the EDC Board of Director 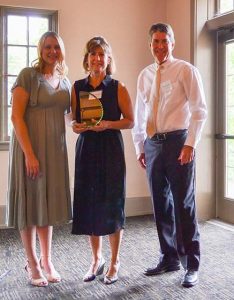 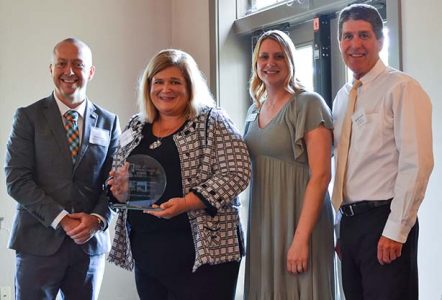