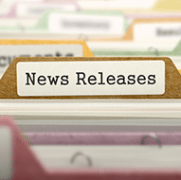 The Economic Development Corporation (EDC) of Wayne County is the new owner of the former Elder-Beerman building following an accepted offer of $300,000 to purchase the property. Funding will come from Wayne County’s Consolidated Economic Development Income Tax (EDIT) Fund. With the purchase, the 103,000 square foot building, located at 601 East Main Street, was removed from a second auction as part of the bankruptcy proceedings for parent company Bon-Ton. Efforts to market the property by the EDC of Wayne County will begin immediately. The property is located in an Opportunity Zone, a new federal designation which will be a valuable tool when marketing to developers and investors. Maintenance will be provided by Wayne County Government.

The decision to gain control of the property came out of a taskforce led by Wayne County Commissioner, Ken Paust and made up of business and community leaders along with elected officials. The taskforce determined gaining control of the property, which occupies a prominent spot in Richmond’s downtown, was the best way to protect the area’s future development and ensure the property is sold to and redeveloped by a credible entity. Ken Paust thanked all the members of the taskforce for their due diligence. “We will certainly call on them again as we proceed with the revitalization of the Elder-Beerman building. Gaining control of the building is the first step. Now the real work begins, and it will take the city, county, and community leaders to continue to work together to move this project forward, with the end goal to partner with a private developer to get this back on the tax rolls.” Richmond Mayor Dave Snow praised the work of the taskforce saying, “This is yet another example of the positive impact we can have when we work together as a team. We’re taking the right steps to secure the future of that site and I commend the work that’s been done by the group of elected officials and community leaders to get us to this point.”