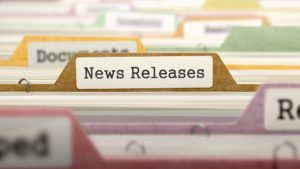 READI, which was announced in May by Indiana Gov. Eric J. Holcomb and the Indiana Economic Development Corporation (IEDC), is an initiative that is dedicating $500 million in state appropriations to promote strategic investments that will make Indiana a magnet for talent and economic growth.

Indiana regions, each of which are eligible to receive up to $50 million in funding, have until July 1, 2021, to notify the IEDC of their intent to seek funding through READI. East Central Indiana, through ECIRP, intends to submit its letter of intent in the coming days.

“We are excited and grateful for the opportunity to apply for the state’s READI program,” ECIRP President Mindy Kenworthy said. “East Central Indiana is a great place to live, work, and play, and it is critically important not only to continue to build pride and empowerment among our current residents, but to attract talented people to our area and diversify our population. These state funds could represent transformational investments into our local communities.”

Upon submitting its application by the July 1 deadline, ECIRP will convene its stakeholders—including major employers and other anchor institutions—to create a regional development plan that outlines the current state of the region, its vision for the future, and a game plan to invest in its growth and prosperity.

Ball State University played a significant role in helping the region obtain its status as a 21st Century Talent Region in January, which recognizes Indiana communities focused on working collaboratively to attract, develop and connect talent.  The university along with IU Health will provide support to the region as the plan is developed.

Regions have until August 31, 2021, to submit those regional development plans, which will then be reviewed by IEDC. Funding decisions are expected to be made by December 2021.